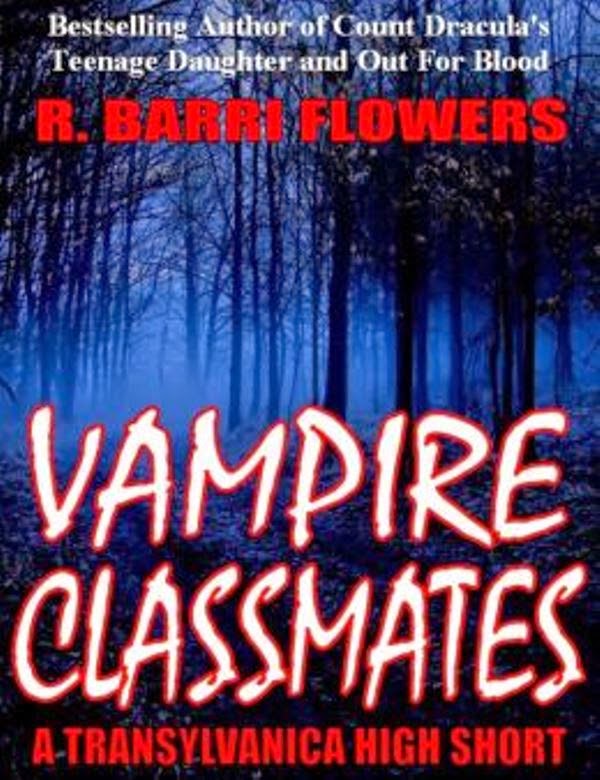 Seventeen-year-old Lydia Knight was about to start her senior year at Transylvanica High, one of several integrated pilot schools across the country where human and vampire students peacefully coexist.

She is a bit leery about her cousin, Roland DuPree, eighteen, coming to live with her and parents in Harbor Heights, Michigan, with his dark clothing and odd behavior. But since he is family, she has to tolerate him and even accept the fact that her best friend, Mandi, is attracted to her cousin.

Roland DuPree wasn’t exactly thrilled to be leaving Owl’s Bluff, Oregon, to spend his senior year at Transylvanica High. But he understood why. He had been forced to relocate. Unbeknownst to Lydia, Roland was a teen vampire who had bitten off more than he could chew in Owl’s Bluff.

Now he was trying to fit in with Lydia and friends in a new community. But following the rules had never been his strong suit—especially with a craving for fresh rather than powdered human blood, and a potentially ripe for the biting target in his cousin’s attractive friend, Mandi.

Will shaking up things in Harbor Heights expose Roland for who he truly is? Or can he keep his secret while trying to stay true to his heritage as the newest vamp resident in town?

Included with this entertaining paranormal short are excerpts from the first book in the Transylvanica High Series, Count Dracula’s Teenage Daughter; as well as from the author’s young adult haunted house mystery, Teen Ghost at Dead Lake, and teen time travel mystery, Danger in Time.

These and other titles from R. Barri Flowers are available in eBook, print, and audio.